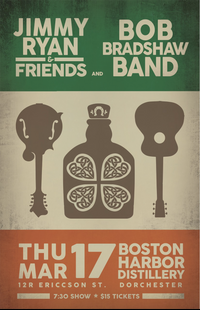 Don't leave St. Patrick's Day to the amateurs. These are trained professionals.

"Jimmy Ryan is one of those names woven into the fabric of Americana music. He's not atop the marquee, mind you, a la Lucinda Williams or Buddy Miller, but his contributions are considerable. He's perhaps best-known as one of the principals in alt-country precursors the Blood Oranges, but his cheat sheet also includes the more bluegrass-based Beacon Hill Billies, the rural-rocking Wooden Leg, and [...] an extended stint with Boston folkie Catie Curtis. Ryan may well be residing in your record collection in less obvious places, too -- his oft-unconventional mandolin playing has colored songs by such varied artists as Morphine, Warren Zevon, Dumptruck, Boiled In Lead, Gerald Collier and Mary Gauthier."  --No Depression Magazine

Irish-born, Boston-based Bob Bradshaw has been exploring many facets of Americana music in the thirty years he’s lived in the States – from the Texas singer-songwriters he strives to emulate to the roots-rock he plays in bar bands any night of the week. He has lived in New York City and in San Francisco, where his rock band ‘Resident Aliens’ was very successful in the 90’s. He graduated from the Berklee College of Music in 2009, having mostly played in bluegrass ensembles there. Praised as a writer of “instant classics” by No Depression’s Frank Gutch jnr, and as a “master craftsman” by RnR Magazine’s David White, Bradshaw is presently working on his tenth album of original songs ‘The Art Of Feeling Blue’. 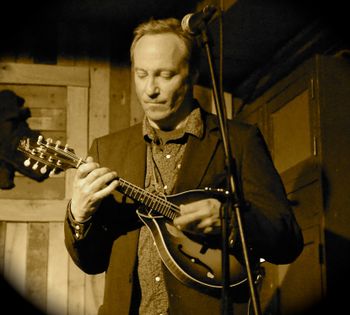 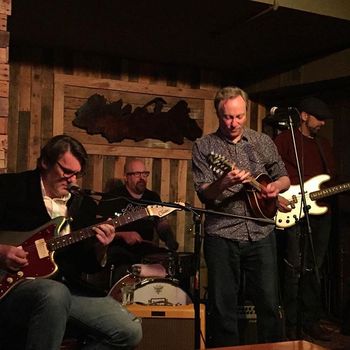 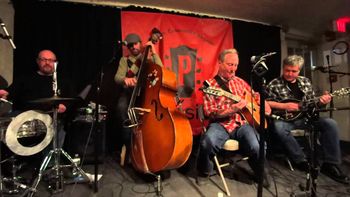 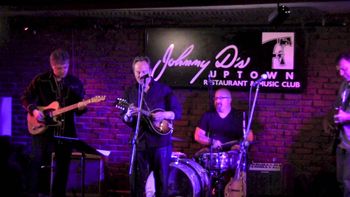 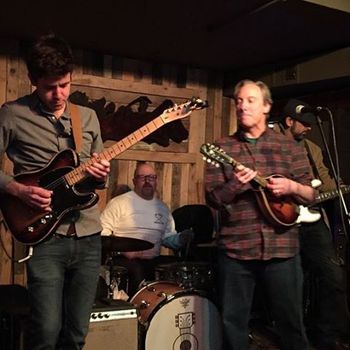 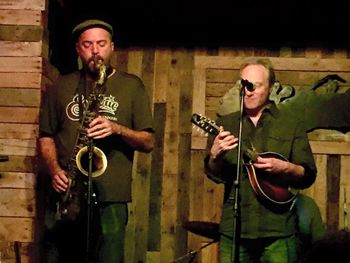 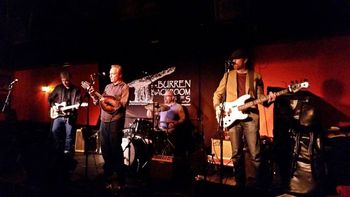 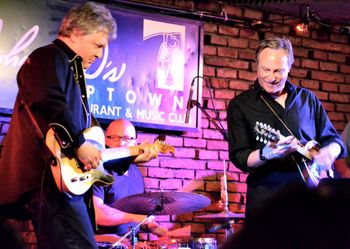 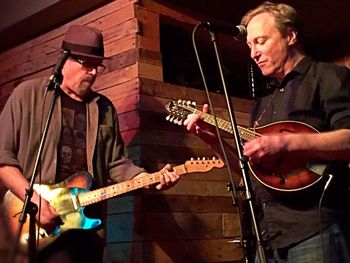 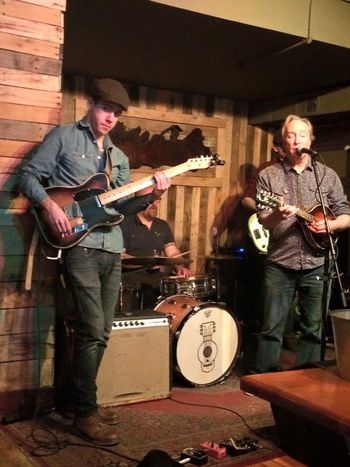 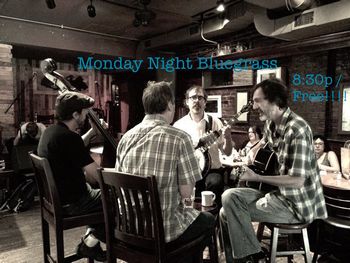 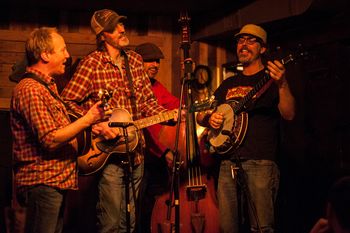